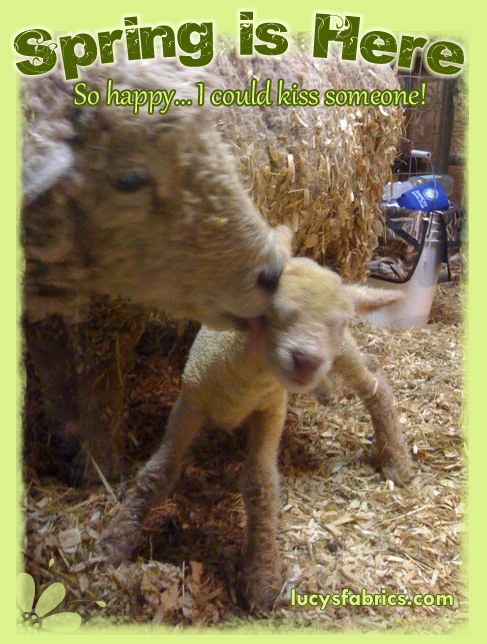 Bossy and her Son

This is one of my favorite photos. Unfortunately it was with an iPhone, so the quality isn’t the best. This shows great Southdown mothering at it’s finest. Bossy’s lamb has just hit the ground and he’s trying to get up and have a meal, but she’s just cleaning the dickens out of the poor guy.

Old Bossy has always been our most vigilant and possessive mother. I have been fortunate to have three daughters and two granddaughters from her.  Bossy used to stand at the fence with her babies behind her and smash our Pit Bull, Lucy, through the fence. Lucy would grab her topknot, and they’d do this over and over. The sheep weren’t in any danger, since Lucy was 13 and incapable of getting through the fence. All Bossy had to do was walk away, but she seemed to enjoy it. They were just two old badasses, playing their little game.

Since it’s gotten too difficult for Bossy to get around when she is heavy with twins, she is retiring this year. She will stay here until she joins Lucy on the Bridge.  Bossy is always a calming presence for me in the lambing barn because she always wants to be scratched. Well, it’s kind of calming because she shoves everyone else out of the way.