One of my favorite things about sheep is watching them interact with each other and their environment. I also wanted to know more about reducing their stress level, because I believe a happy animal is a healthier animal. So I found a fascinating paper by Warren Gill, Professor, Animal Science department of the University of Tennessee. This paper gave me more insight into their behavior than any of the books I have read. Here are some of the most interesting facts I gleaned from the paper: 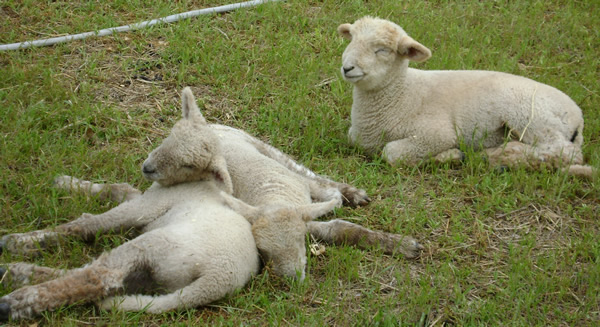