Home / Nice sheep… someone else is in charge here.

When people in Pakistan post or comment on pictures of sheep on Facebook, they often say, “Mashallah.” It’s a way of saying, “Nice sheep, but only through God is this possible.”

Shepherds know that someone else is in charge, because sometimes you can do everything right and have a poor outcome, or have a great result despite not knowing what the Hell you are doing (just look at my first 3 or 4 years of shepherding).

Last night, the lamb shown below, climbing on Mom, was stuck in the middle between the little one on the ground, completely breech, and a large triplet with it’s head turned backwards.

Repositioning the breech and pulling the second lamb detached the placenta and released a lot of fluid, so the one way in the back had no chance. Poor Pixie was horribly stressed but seems to be OK. The one thing I do know is that my failures of the past led me to be able to reposition and extract the lambs very quickly, avoiding sepsis in the ewe.

Last year Pixie was a first-time mom and a triplet vending machine, birthing and feeding all three within 20 minutes. I can claim no credit for that.

In the spirit of my brothers and sisters in the Arab world, Mashallah, here’s Pixie and the last lambs of 2016. 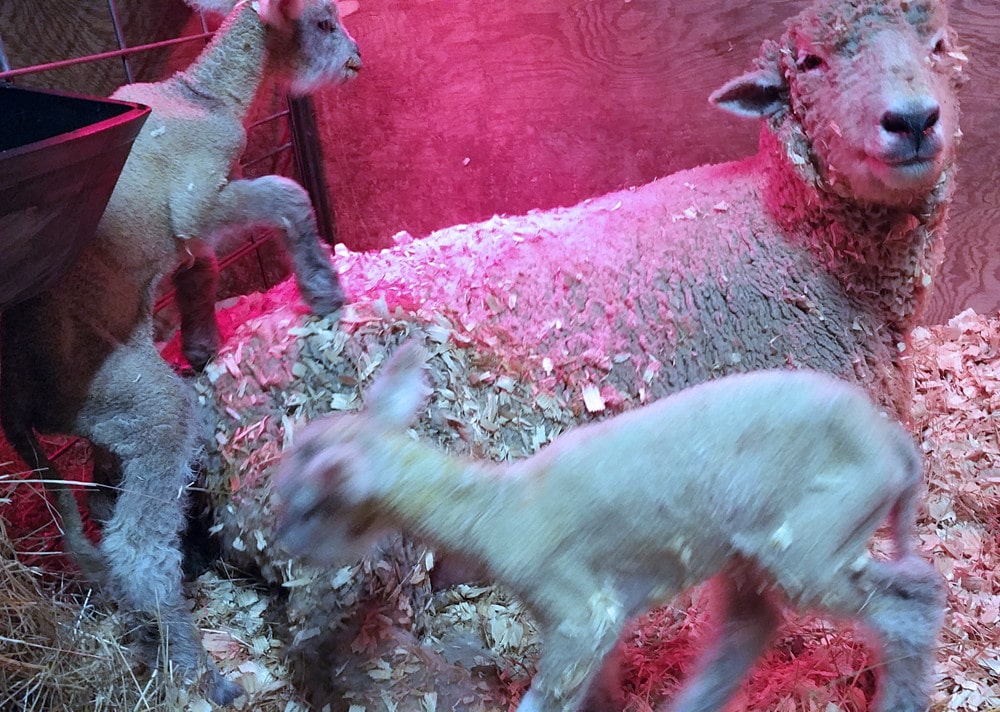